For all those who are tired of the noisy city, we invite you to discover the beautiful Kashubian Switzerland landscape, as seen from the river. An amazing countryside, with peace and quiet are certainly the advantages of this trip. This tour is aimed at people of all ages, no special skills or great strength are required, so you can take your children. Participants of the rafting, following in the footsteps of the great explorers will swim down river through the picturesque meadows, where you can watch cows grazing, travelling near groves you may well encounter wild animals, and if not them, certainly the burrows and other places where they live. Perhaps it will be necessary to maneuver the kayaks between overturned (by beavers or wind) trees, but this is just a interesting additional attraction of our expedition.

We prepared two versions of the tour:

Total price is displayed when number of people is added into order form.

Kashubia is a wonderful place – according to the legend created by God, through the intercession of Angels and with the help of the Griffin.Legend has it that during the creation  of the world God left a large sandy area, scanty in forests and lakes, in which there was no life. At the request of His helpers, the Angels, He looked in His magic bag to check whether He could give something more to this place, and by tilting the bag He provided the previously-barren Kashubia with numerous green forests, beautiful meadows covered with flowers, rivers and lakes with water so pure that one could see in it like in a mirror, and fields with soil so fertile that every year it produced abundant crops. To make sure that nothing would disappear from such a wonderful place, God sent the Griffin to guard this land and protect it against any harm.

Kaszuby are not only green forests and brown soils, blue lakes and rivers, but also inhabitants – the Cassubians – who make the region unusual. They maintain their unique culture, passed from one generation to another, their own language, and their local outfit, they wear with pride during solemn events. They observe local customs even in their everyday life, they also have their on kind o art, which they practise in small workshops by their houses. They don’t build huge factories, but they remain loyal to their tradition of handcraft, which can be recognized in whole Poland.

The best-known and popular element of local art is the Kashubian embroidery, with origins in the 18th Century. Until the present day, embroideresses decorate linen according to traditional patterns with the use of suitable colours to decorate holiday tables.

In Chmielno we can see how respective members of the Necel family manually form clay vessels with a wheel powered by the potters’ legs. The jugs, bowls and vases created in such a way are decorated with patterns characteristic of the Necel ceramics – lilac twigs, fish scales, small tulips, the Kashubian star, Kashubian garlands, lilies and large tulips.

In the ethnographic open-air village museum in Wdzydze Kiszewskie one can enter a traditional Kashubian chëcz, i.e. a cottage in which Kashubians used to live. Inside, traditional furniture is presented, especially bed settles and kitchen cupboards, which are manually made by woodcarvers. Kashubian art also comprises glass painting and the plaiting of various items from pine roots.

In the time free from fieldwork and household chores Kashubians would gather in their chëczë or taverns to enjoy themselves and dance to Kashubian music, together with their families and neighbours. The dancing was accompanied by the sound of the bazury (a Masurian instrument), which, accompanied by the Devil’s fiddle and the burczybas (a kind of double bass in the shape of a barrel with a horse-hair tail) played lively melodies Those who needed to restore their energy lost during dancing the Koseder sat at copiously-laden tables to savour delicious dishes of Kashubian cuisine. Home-made bread, Kashubian herring and Kashubian raspberry are just some examples of the local delicacies. “Jo jem najedłi ë napiti, ale muszi tabaką bëc nos przebiti”– according to this saying, every true Kashubian after a meal should sniff some snuff from his snuff box.

Up to the present day such feasts and banquets are organised, so to get to know the Kashubian culture, its traditions and ceremonies, and most of all to hear the dialect, you should visit the  land of the Griffin, which will lead you along the Kashubian Road to the very heart of Kashubia.

private
23 EUR from / per person 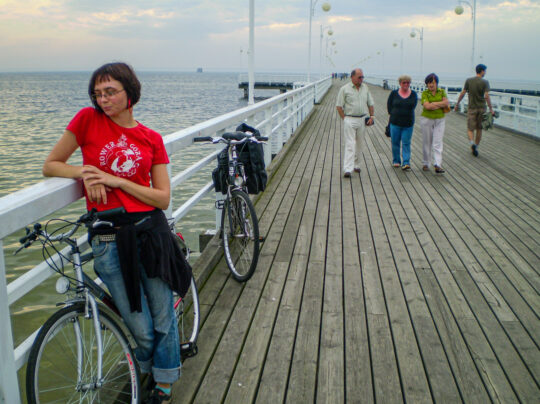 private
44 EUR from / per person

Bike tour to the Hel Peninsula 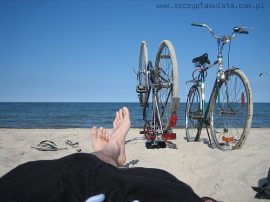 private
19 EUR from / per person

Old Town and Motlawa River Kayak Tour
This site uses cookies. By continuing to browse the site, you are agreeing to our use of cookies.Agree